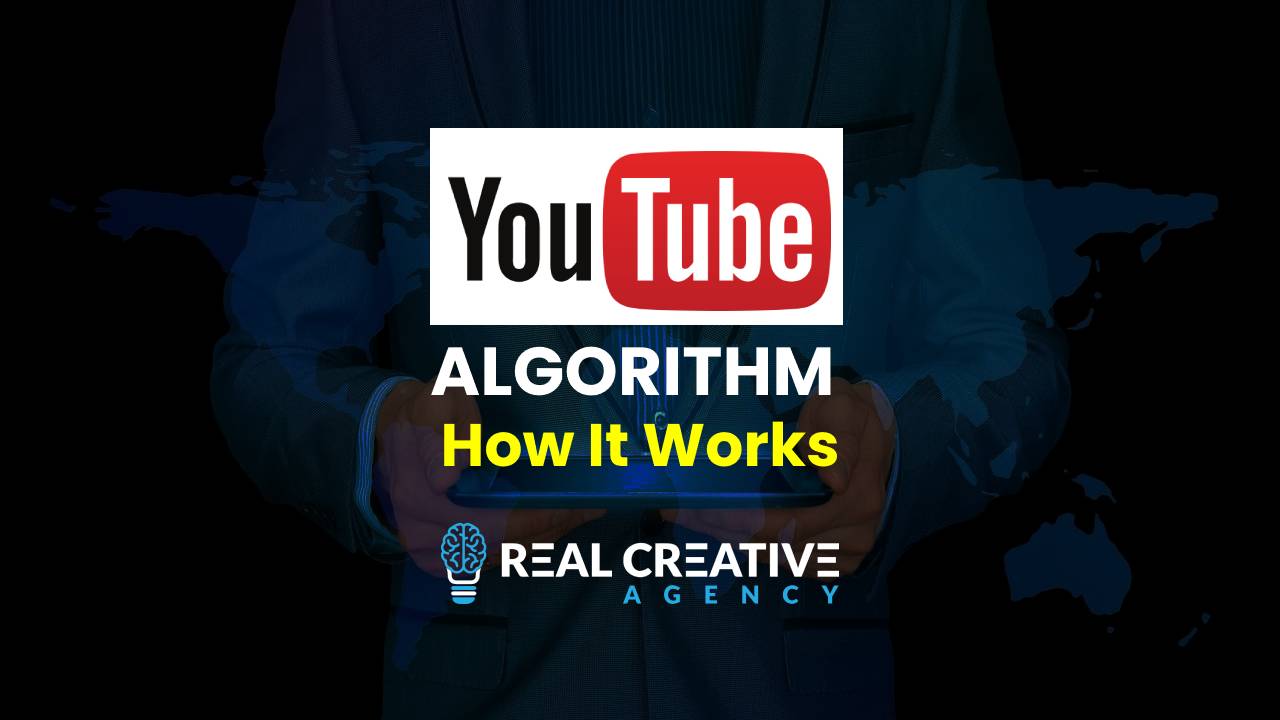 An algorithm is simply a computer program that is designed to perform a certain function if following conditions are met.

It’s an “if, then” statement. In the case of YouTube, it can be simplified to suggest that if this video does this, then YouTube will do that.

If anyone tells you they can hack it, or beat it, they are full of bunk. This computer program is in charge of BILLIONS of Google’s revenue. It changes daily and has so many variables..instead of trying to “beat it”,  it’s easier to just work with it.

YouTube’s goal is to generate as much ad revenue as possible. The more eyeballs and watch time the better.

TIP: Find a way to get a person to visit your YouTube video from another platform YouTube will reward you.

2. Keep a viewer watching a video. YouTube loves it when you watch a video for the entire time. They HATE it when you bounce around looking for a better video.

Remember, YouTube is the 2nd largest search engine. Their goal is to deliver content you are interested in. If you keep looking for a better video, they have less chances of delivering ad revenue.

Other people are telling YouTube that the video is not engaging enough.

TIP: Try to measure where the dropoff is in each video. Find ways to keep them engaged past that in future videos.

3. Continue watching other videos. The goal is to keep you ON the platform. Maybe you were searching for one specific video, but YouTube will work hard at suggesting other videos you may be interested in.

If a viewer watched your entire video, YOU should suggest a video similar that is on YOUR CHANNEL. This can be done by adding an END SCREEN to EVERY one of your videos.

Hey, if you don’t do it, YouTube will suggest another video for that person to watch. Make that suggested video be one of YOURS..

This video shows you How To Make Money On YouTube.

Why understanding YouTube’s algorithm is important.

The quicker you understand HOW their algorithm works, the quicker your videos will be suggested or recommended.

Their algorithm is what will determine whether your videos are found PERIOD.

Unless you have a huge social media following and can get them to watch a video anytime you post or tweet, you are going to have to EARN IT.

Here’s an analogy that may help you understand how their algorithm gets smarter with each visit or view.

Have you ever searched for an image on Google?

Let’s say you searched for yellow canary. Google presents the images and your FIRST click tells Google that is the most relevant search. The more times you click, the smarter YOU make their image search algorithm.

The same thing works with videos.

While there are A LOT of analytics you could focus on, there are really ONLY 2 to watch closely.

1. View duration. This is the total watch time of your video divided by the total number of video plays. If your video is 5 minutes long and the view duration is only 20 seconds, it means your video isn’t caputuring the attention of the viewer. This data also tells YouTube DO NOT suggest this video.

2.Click through rate. This tells how many of your impressions turn into views.

This is why your thumbnail has to be REALLY GOOD. If YouTube starts suggesting or recommending one of your videos, and people are not interested in enought click on it, then they will stop suggesting.

Here is How To Make A Custom Thumbnail.

If we show your video and people click on it..great.

If they watch it all the way through..even better.

If they watch another one of your video right after…kudos. 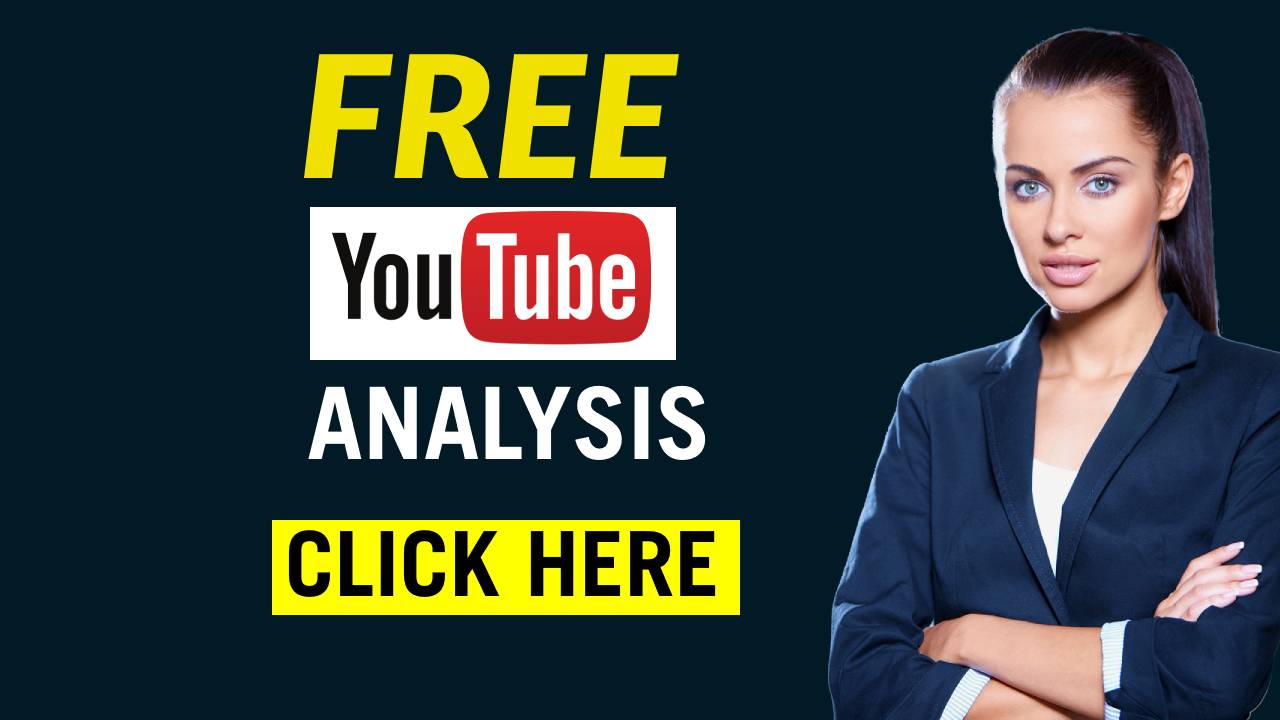 Here are some EASY TIPS to improve your YouTube ranking TODAY.

Make sure the title of your video explains what it is about. Could a person tell what the video is about without looking at the thumbnail?

You should write a detailed summary about the video in the description. Some people don’t want to spend the time watching a video and will just review the summary. This ALSO helps YouTube to determine what the video is about and WHO they should suggest it to.

DO NOT OVERLOAD your video description with a bunch of outgoing links!! YouTube will not promote a video that suggests people leave the YouTube platform.

Instead, we strongly suggest putting links to OTHER YouTube videos in the description. They can be your videos or ones that you suggest. Remember, if you keep people ON YouTube, you will be rewarded.

TIP: As soon as you post a new video, share it on social media so you get a lot of immediate views. YouTube likes to see this and it’s a way you can “control” views quickly.

Have a website or blog? Find a way to embed one of your videos on it. This is probably the best trick to improving your search engine optimization (SEO).

Finally, if you want to know how to create continuous traffic to your site WITHOUT PAYING FOR ADS, contact a truly creative digital marketing agency.

The experts at Real Creative show you how to get a higher Google ranking or get more visitors to your YouTube channel without spending money on ads.

The experts at Real Creative show you how to get more visitors to your YouTube channel without spending money on ads.

The BEST YouTube channel manager gets your channel and videos found in search results. Get your FREE CHANNEL CHECK here…

How To Improve SEO For Free

Getting search engine optimization for free is easy. Simply answer the questions people are asking on Google about your industry.

Are you trying to get OnlyFans traffic by posting on Instagram? Here is the EASIEST way to promote your OnlyFans using Instagram.

The OnlyFans ban of adult content threat should be a wakeup call for any person that makes a living on it. Here is some advice…

You can make money with your YouTube videos when you belong to the YouTube Partner Program. That takes some work….we can help you…

6 Reason Your Site Needs A Blog

A blog is the best way for Google to list your site in their search results without paying for ads.

A custom YouTube thumbnail can be the difference between getting your video clicked on or not. Here is how to make a great one.

3 Tips To Reduce Your Bounce Rate And Rank Higher

A high bounce rate means people leave your site quickly. and it hurts your Google Search ranking. Reduce your bounce rate with these 3 tips.